‘Til Death Do Us Part: A Healing Ritual For Divorce Survivors 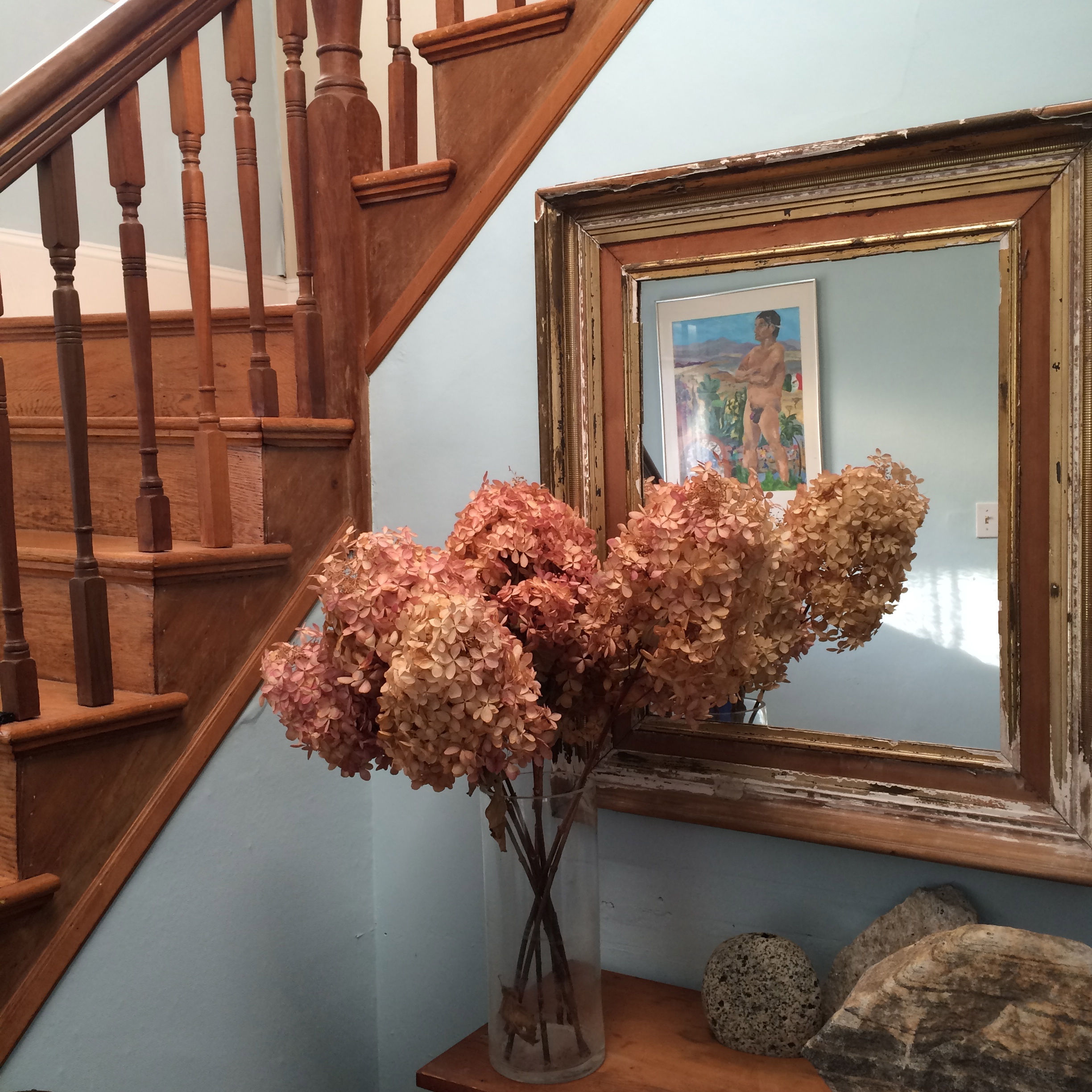 From our earliest days on this earth,

fairy tales teach us that promises are no laughing matter.

Promises count. Promises bind. A broken promise can have unintended consequences that reverberate painfully down through the years.

“If only, if only,” the woodpecker sighs,

“The bark on the trees was as soft as the skies.”

While the wolf waits below, hungry and lonely,

He cries to the moon,

Yet sometimes, a vow must be broken.

A broken vow is a serious affair. But that break can, when properly treated, be healed.

Divorce is one of those sometimes-necessary broken vows which, in my opinion, usually goes without proper treatment.

An untreated, uncared for break of marriage vows can haunt you for the rest of your life.

In part, I believe this is due to the nature of the vow itself.

A marriage is generally intended to be a vow of lifelong commitment.

And while these exact words might not have been spoken at the wedding in question, most of us are familiar with the following vow from the Book of Common Prayer — if only from the movies:

I take thee to be my lawfully wedded husband/wife, to have and to hold from this day forward, for better, for worse, for richer, for poorer, in sickness and in health, to love and to cherish, ’til death do us part.

‘Til death do us part.

That is to say, until death separates us.

If I were a fairy tale witch in a woodland cottage, I would be shaking my damn head at a world which says that signing papers would fully absolve you and your kin of such a vow.

Legal proceedings are all well and good, but are they truly enough to affect the vow on a mental, spiritual, or emotional level?

Divorce can demand enormous sacrifices — financial, emotional, material, familial — but are those sacrifices enough to heal the broken hearts? the broken homes?

These are questions I ask myself, with a heart full of old rusty needles, more than fifteen years after my parents’ own divorce.

In September 2015, there was a lunar eclipse during a full moon in Aries — my own sun sign.

That weekend I found myself alone in my childhood home, cat-sitting while my sister, mother, and her husband were on vacation.

It was wonderful. It had been many years since I’d been truly alone in that big old beloved Victorian, the one that watched over me for decades as I grew into myself. I luxuriated in the solitude, the birds at the feeder, the warmth and comfort of cats and blankets and my childhood bedroom.

The night before the eclipse, I dreamed that I was walking in Breakheart.

Breakheart Reservation is a pocket of conservation land near my hometown — mostly new growth oak and pine woods reclaiming the land after the deforestation of New England.

Now, my parents are not religious folk, but despite their disinterest in church they did seem to think that some kind of Sunday ritual was good for the family.

And so when I was growing up they chose to bring our family to Breakheart on Sundays.

I remember being small enough to walk over the snow without breaking the surface.

I remember the miracle of tapped maple trees oozing sap into beaten-up buckets.

I remember the endless joys of moss, leaf, loam, and lake — the joy of the senses reveling in nature, the howl of the heart that recognizes home. 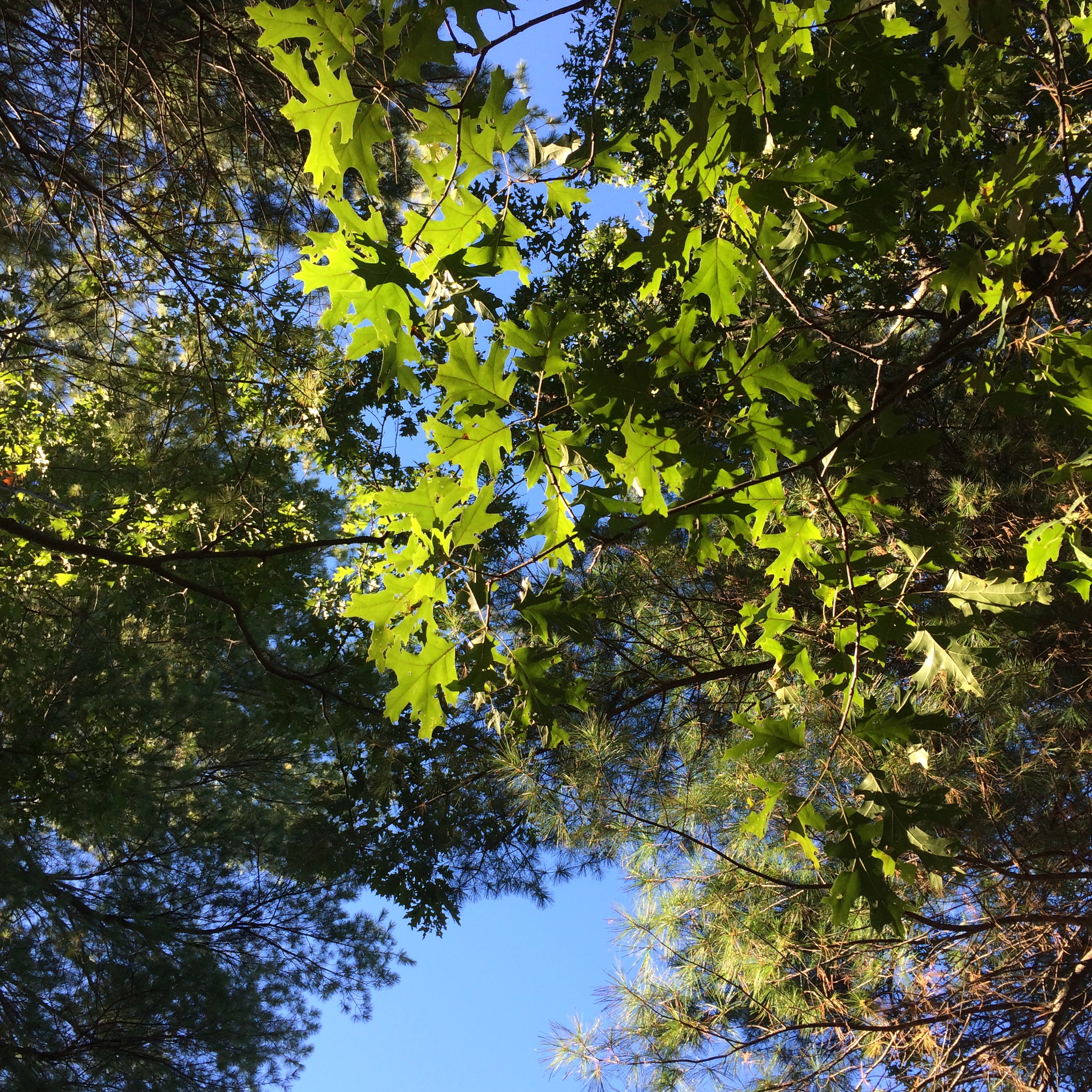 When I was twelve, my parents announced that they were getting a divorce.

And we did not walk in Breakheart anymore.

I remember the parental meetings up in the attic that hinted at what was to come.

I remember how hard it was for them to tell us.

I remember knowing things I could not, should not have known. My fellow empaths and clairsentients will know what I mean when I say how difficult it is to be an adolescent empath, unable to properly process or communicate what you know without hurting feelings or causing problems.

The aftermath of the divorce unfolded like a nightmare from which there is no waking.

How do you heal a broken heart?

How do you help a child heal when your own heart is full of hurt?

How do you see what is needed when your fresh grief blinds you and you must look away, sickened, gritting your teeth and pretending you aren’t screaming inside?

It’s true that time dulls the sting of wounds, but still, many years later there are pockets of my heart filled with rusty needles of pain, grief, and loss. 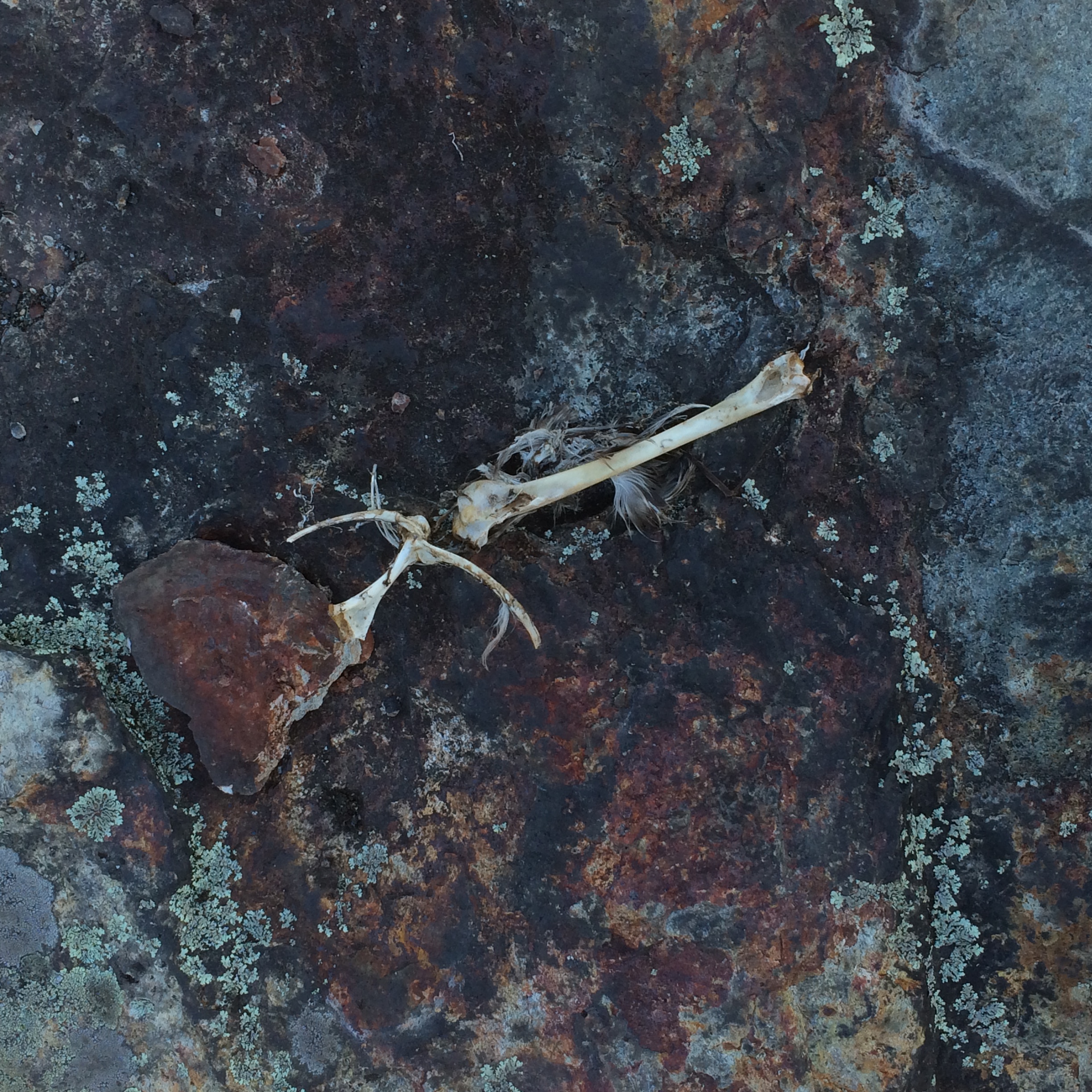 The day of the eclipse was an unusually lovely September Sunday.

I was fixing myself a cup of tea around 3 o’clock when, with a sudden jolt, the dream memory slammed into my waking mind.

I dreamed of walking in Breakheart last night.

I looked out at the golden autumn afternoon and thought, Well, it is Sunday, after all.

So I filled my water bottle, rolled down the car window, and wound my way through the familiar roads to the woods.

Near the entrance, I found the perfect walking stick. It was on the pine needles next to my perfect climbing rock, which as a child I was allowed to scramble over for 15 minutes before each Sunday hike.

I allowed my intuition to guide me in choosing a hiking path. It led me up a steep rocky trail off to the left of the main paved path where moms with strollers ambled and chattered.

Later, I would realize that I had walked the exact paths I saw in my dream.

For the moment, I was utterly lost in the enchantment of the woods.

Frodo stood awhile still lost in wonder. It seemed to him that he had stepped through a high window that looked on a vanished world. A light was upon it for which his language had no name. All that he saw was shapely, but the shapes seemed at once clear cut, as if they had been first conceived and drawn at the uncovering of his eyes, and ancient as if they had endured for ever. 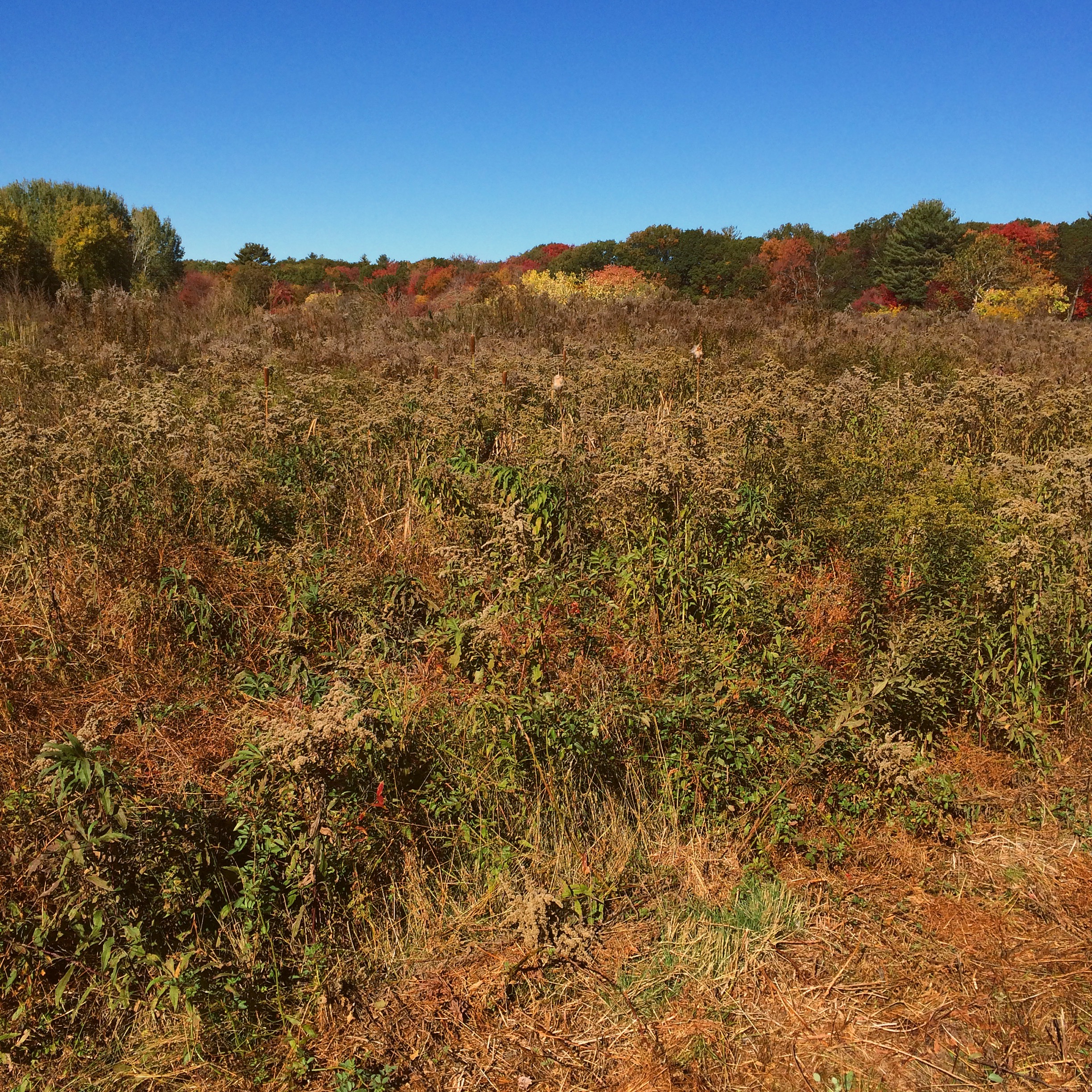 Something happened to me in the woods that day.

I climbed to the top of Breakheart Hill and sat for a time, communing with the land in my own ways. I felt at peace.

I saw a hawk, harbinger of messages to be received and perspective to be gained, and a seagull, symbol of survival and beauty despite all odds and obstacles.

I saw bones strewn over the rocks at the top of the hill, a visceral reminder of the life/death/life cycle.

I felt the hooks of happiness snag in my heart, opening old wounds. Fresh floods of feeling welled up, bringing the clots of old pain to the surface.

I walked on, and each step brought unspeakable joy.

I continued on down the other side of the hill toward a copse of pine trees. It was there, on a blanket of fragrant needles, that I realized something thunderous:

This is the first time I have walked in Breakheart since the divorce. 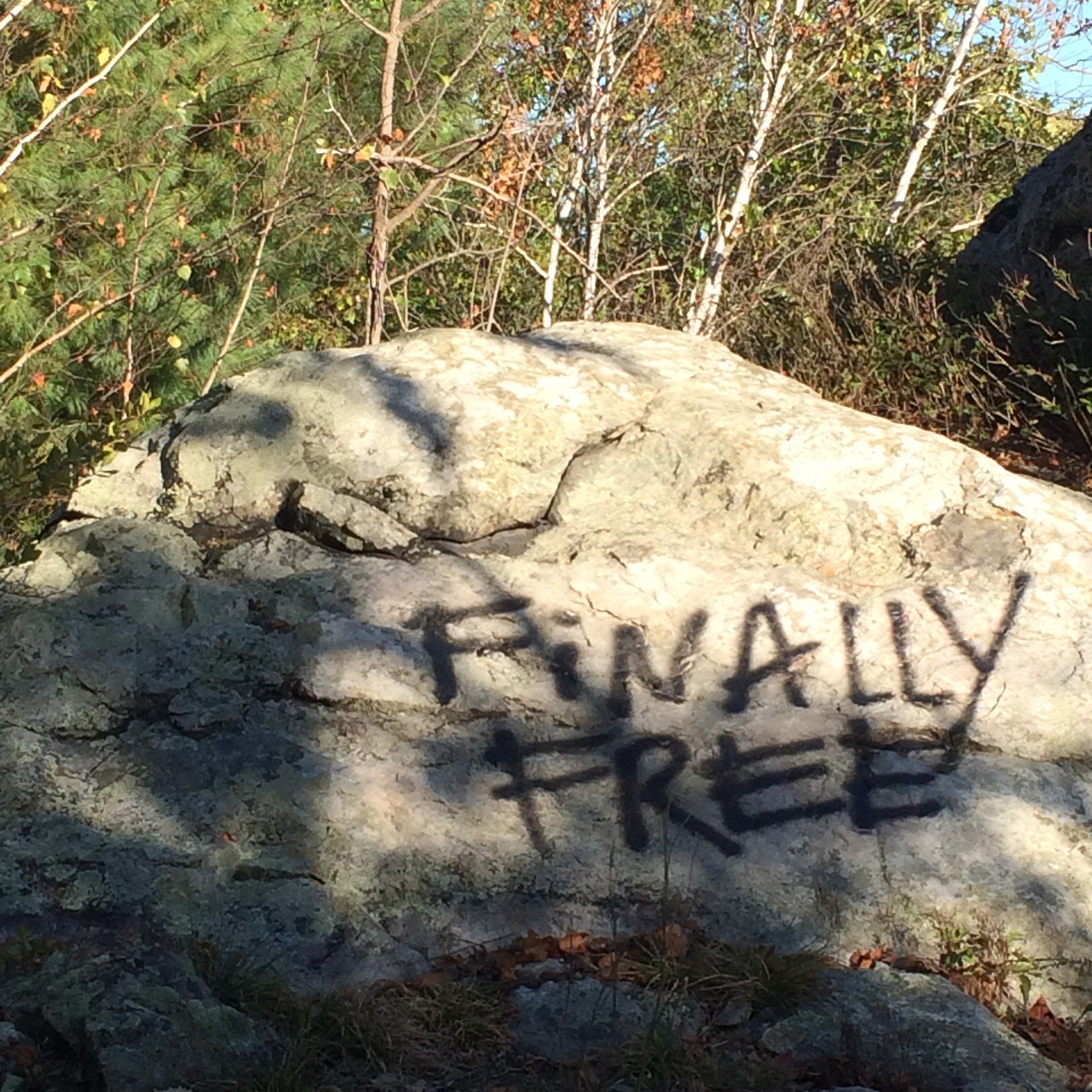 In that pine grove I found a small boulder I remember from childhood, one that looks for all the world like a squatting toad.

Sitting on that rock, under the pines, walking stick in hand, heart full, I experienced a moment of profound healing, forgiveness, and love. I lifted my face to the waving pine needles above me and felt an enormous weight lift from off my heart.

Later, when speaking of the profound experience with my beloved teacher Bri Saussy, an idea slid into home plate.

To divorce is to die.

It is to end one part of your life and begin another.

The key is that last part there — the “begin again” part.

If metaphorical death is not properly acknowledged, how can life truly begin again?

Why not turn my relationship with Holy Death to the need for a ritual of rebirth, healing, and blessing for divorce survivors?

It is Right and Good that we embark on this journey together.

A note on the phrase “divorce survivors” —

Divorce does not affect just the married pair.

Its effects can ripple out and deeply affect all manner of related people: children, parents, co-workers, friends, pets…

And it is these collaterally damaged ones who I include, alongside those who made the marriage vow, in the phrase divorce survivors.

If you have been affected by a divorce, whether your own or someone else’s, then this ritual is for you.

The pain of divorce is carried in the hearts of many.

Let’s do something about it.

Wherever you are, whatever your story, I’m sending you love, blessings, and warm kitten feelings. 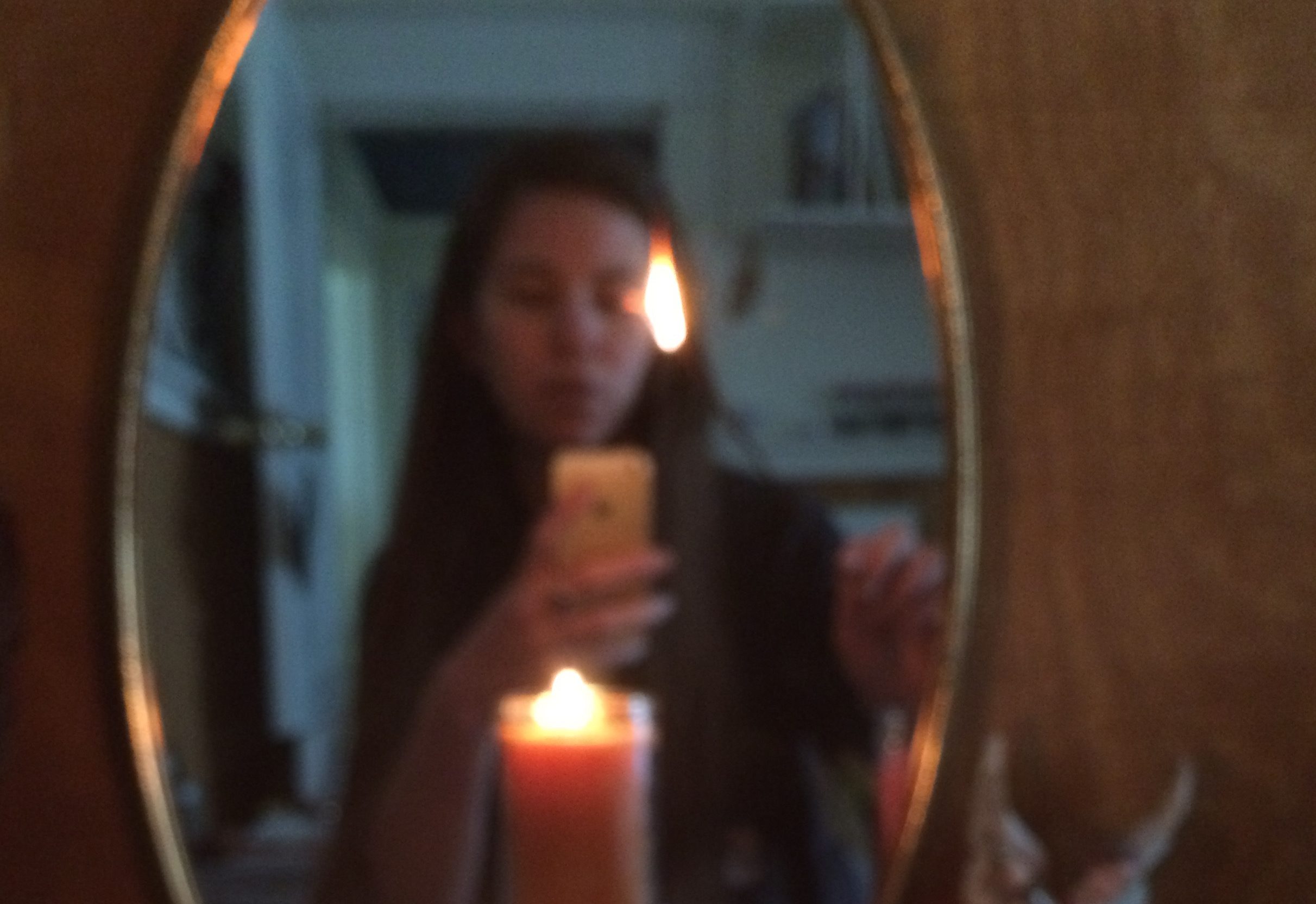 Join In! Crucible of Courage Ritual Magic for the Leo-Aqua Eclipse